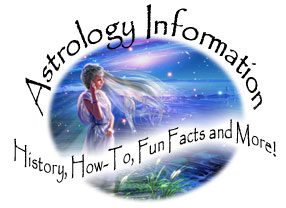 Aspects are an indication as to how far a planet is from another planet, and is measured by the degrees of a circle.

They serve to tell us whether your lessons learned in life, will be relatively easy or somewhat difficult to learn. The patterns of the aspects in your birthchart indicate the way you are prone to react to many of the events of life, either in a good or bad way.  Even without having your time of birth known, there is still a quite a bit of information that is available to you.  The distinctive nature and personality of any of the the seven primary planet aspects is sort of like the relationship between two different people.

Every birthchart has its very distinct and individual mixture of the any of the above aspects, and may well indicate the frame of mind and conditioning you are dealing with in your lifetime.

Your zodiac sign, the birth sign, was given to you for an important reason.   That reason would seems very much to be opportunities for your spirit to grow and learn.  It shows us many possible ways to enrich our lives , possibly even to build a significantly better life for ourselves, it does a good job in telling us the type of personalities with whom we are likely to be the most compatible with , which helps us to choose friends that will be more "matched" and companionable.

History of Astrology - Origins and Beginnings 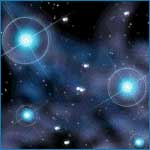 6000 years ago, in the top of an old Chaldean watchtower priests studied the skies. This is basically the earliest known practice of astrology, but it is a safe bet that it has been around much longer then this. Astrology and Astronomy used to be considered the same thing. It is now defined by schools in America as a "pseudo science". As time passed and "astronomy" became more "exact" and less about predictions and other esoteric things, astrology separated from astronomy. Does this lessen astrology? No, it simply makes it different and better defined because astrology most certainly is not an exact science, it is filled with theories and speculation.

What is the Zodiac? 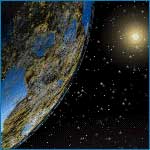 The zodiac (greek word meaning "Circle of Animals") is divided into 12 categories or "sun signs" in western astrology. The signs are a symbolic representation of what is known as phases of uninterrupted, ever flowing unending cycles of growth and evolution. This may be a bit hard to grasp, to help you, consider everything as a circle, within this is twelve similar but different smaller circles, each representing the flow of all elements under it's influence. It will also help if you think of the zodiac as a continuous flow, without distinct, sharp defined borders, much the same way as colors do when looking at a spectrum. (light through a prism).

In astrology there are four elements: Fire, Earth, Air and Water.

The Fire Signs are Aries, Leo and Sagittarius. Because of this these people tend to be self motivated, inspirational and always mindful of the future.

The Earth Signs are Taurus, Virgo and Capricorn. The earth element's influence makes these folks materialistic (in a good way mostly) practical and conservative.

The Air Signs are Gemini, Libra and Aquarius. These people are very "people" oriented and get along well with others. They also tend to be highly intelligent and communicative.

The Water Signs are Cancer, Scorpio and Pisces. The water element makes people under this sign intuitive, emotional and sensitive to the world around them.

There is still more dividing factors. One of these is known as "qualities" or "quadruplicates". The zodiac are also divided into three groups of four (four signs to each group). These are known as Cardinal, Fixed and Mutable. These also have an effect on the life and personality under who's sign they fall.

Cardinal Signs are Aries, Cancer, Leo and Capricorn. The qualities being "cardinal" lends is that it tends to make them initiating, restless and goal-oriented.

Fixed Signs are Taurus, Leo, Scorpio and Aquarius. This means that these people, because of this, will have good powers of concentration and be somewhat stubborn and persistent.

Mutable Signs are Gemini, Virgo, Sagittarius and Pisces. These people are very adaptable and tend to have very strong mental abilities.

The positive polarities are considered Yang and influences the sign toward a nature that is outgoing. Negative polarity is Yin. Signs of negative polarity are more withdrawn and introverted. They are receptive and responsive, and reactive to outside influences.